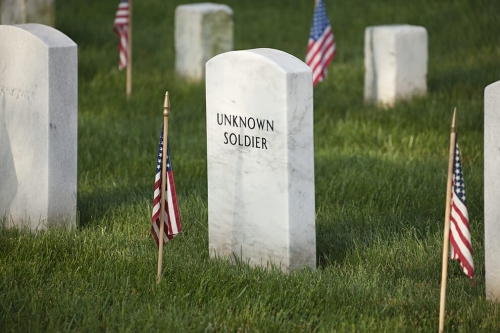 BY THE PRESIDENT OF THE UNITED STATES OF AMERICA

A PROCLAMATION WHEREAS Memorial Day each year serves as a solemn reminder of the scourge of war and its bitter aftermath of sorrow; and WHEREAS this day has traditionally been devoted to paying homage to loved ones who lie in hallowed graves throughout the land, having sacrificed their lives that war might end; and WHEREA S in tribute to these silent dead it is fitting that we lift up our voices together in supplication to Almighty God for wisdom in our search for an enduring peace; and WHEREAS the Congress, in a joint resolution approved May 11, 1950, provided that Memorial Day should be set aside as a day of prayer for permanent peace, and requested the President to issue a proclamation calling upon the people of the United States to observe each Memorial Day in that manner: THEREFORE, I, DWIGHT D. EISENHOWER, President of the United States of America, do hereby proclaim Memorial Day, Monday, the thirtieth of May, 1955, as a day of Nation-wide prayer for permanent peace, and I designate the hour beginning in each locality at eleven o'clock in the morning as a period in which the people of this Nation may unite in beseeching God to guide the nations of the world into the ways of peace. IN WITNESS WHEREOF, I have hereunto set my hand and caused the Seal of the United States of America to be affixed. ; DONE at the City of Washington this 24th day of May in the year of our Lord nineteen hundred and fifty-five, and of the [SEAL] Independence of the United States of America the one hundred and seventy-ninth. DWIGHT D. EISENHOWER

"Whether we observe the occasion through public ceremony or through private prayer, Memorial Day leaves few hearts unmoved. Each of the patriots whom we remember on this day was first a beloved son or daughter, a brother or sister, or a spouse, friend, and neighbor."

"These heroes are dead.  They died for liberty - they died for us.  They are at rest.  They sleep in the land they made free, under the flag they rendered stainless, under the solemn pines, the sad hemlocks, the tearful willows, and the embracing vines.  They sleep beneath the shadows of the clouds, careless alike of sunshine or of storm, each in the windowless Place of Rest.  Earth may run red with other wars - they are at peace.  In the midst of battle, in the roar of conflict, they found the serenity of death.  I have one sentiment for soldiers living and dead: cheers for the living; tears for the dead."

"Decoration Day: In the Harbor"

Opening Stanza:
Sleep, comrades, sleep and rest
On this Field of the Grounded Arms,
Where foes no more molest,
Nor sentry's shot alarms!
Closing Stanza:
Your silent tents of green
We deck with fragrant flowers;
Yours has the suffering been,
The memory shall be ours.